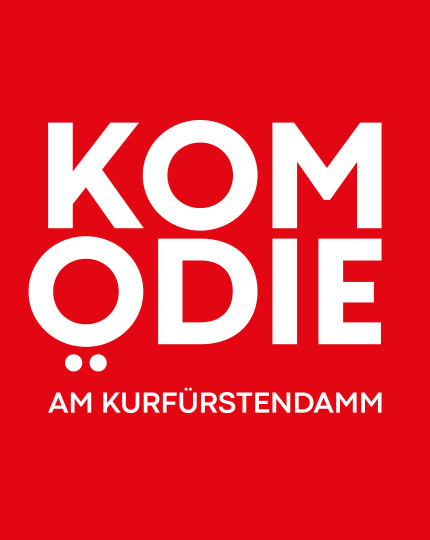 THE JOY OF PLAY

Yes, I've done posters and programs, brochures and merch for plays. »But have you designed the overall brand identity for a theatre?«, you might be wondering... AND YES I HAVE.

With a tradition going back almost a hundred years, Komödie am Kurfürstendamm is the address for boulevard theater in Germany. After I had already designed the campaigns for Mord im Orientexpress and Vorhang auf für Cyrano, the theater entrusted me with the redevelopment of their entire brand identity.

My idea was to see the stage as a mirror of the spectators... and the spectators as a mirror of the stage. The second half of the name is turned upside down and placed under the first part like a mirror image. This not only creates a very concise, stamp-like logo, but also the inverted »Ö«, which gives the brand its unmistakable appearance and recognition. In addition, the »Ö« becomes its very own protagonist, which appears in a wide variety of places in the design and embodies the special playfulness of the comedy on Kurfürstendamm.

Embedded in a new, bright color scheme, new font and design principle, the comedy is well prepared for the tasks and possibilities of the coming years. 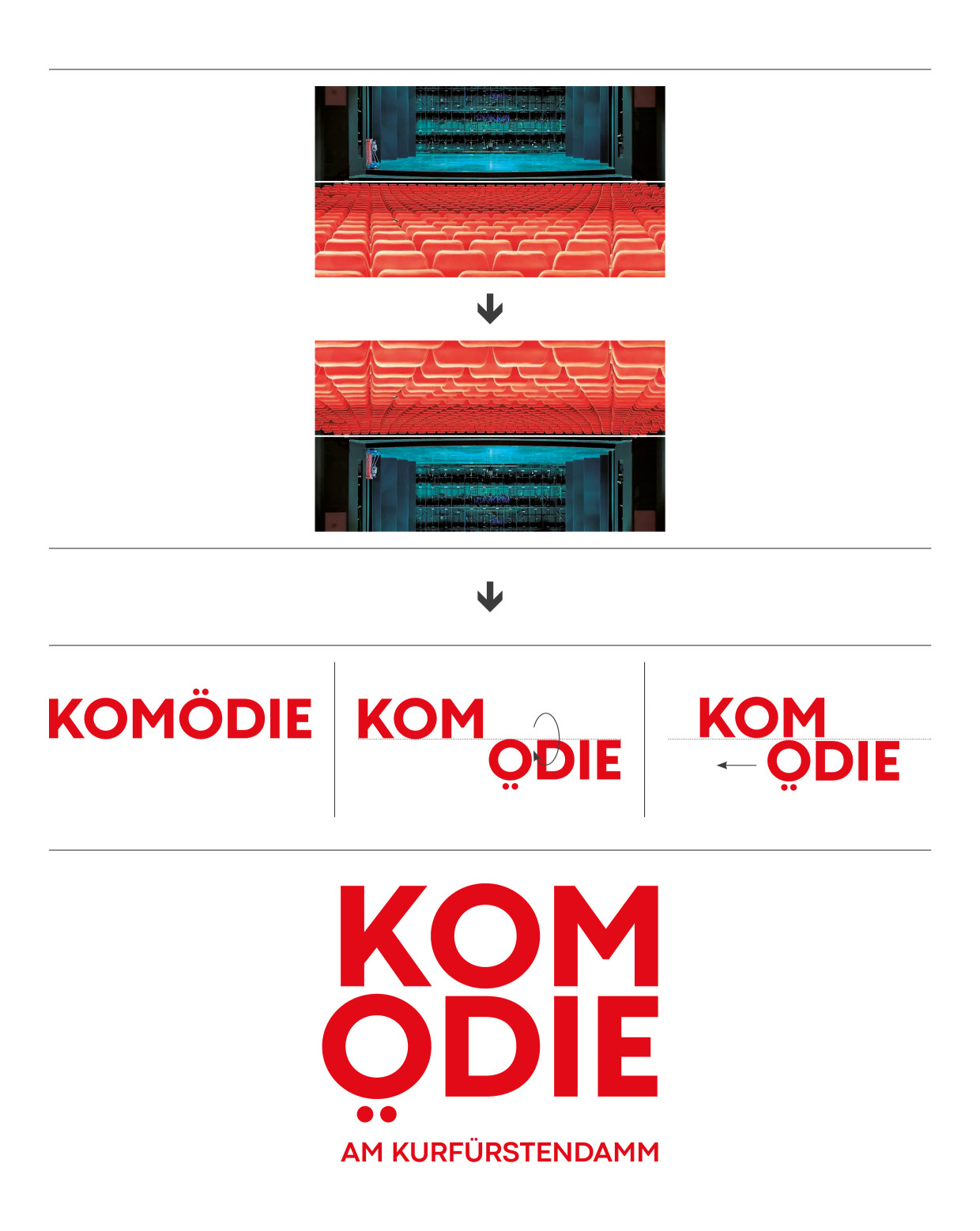 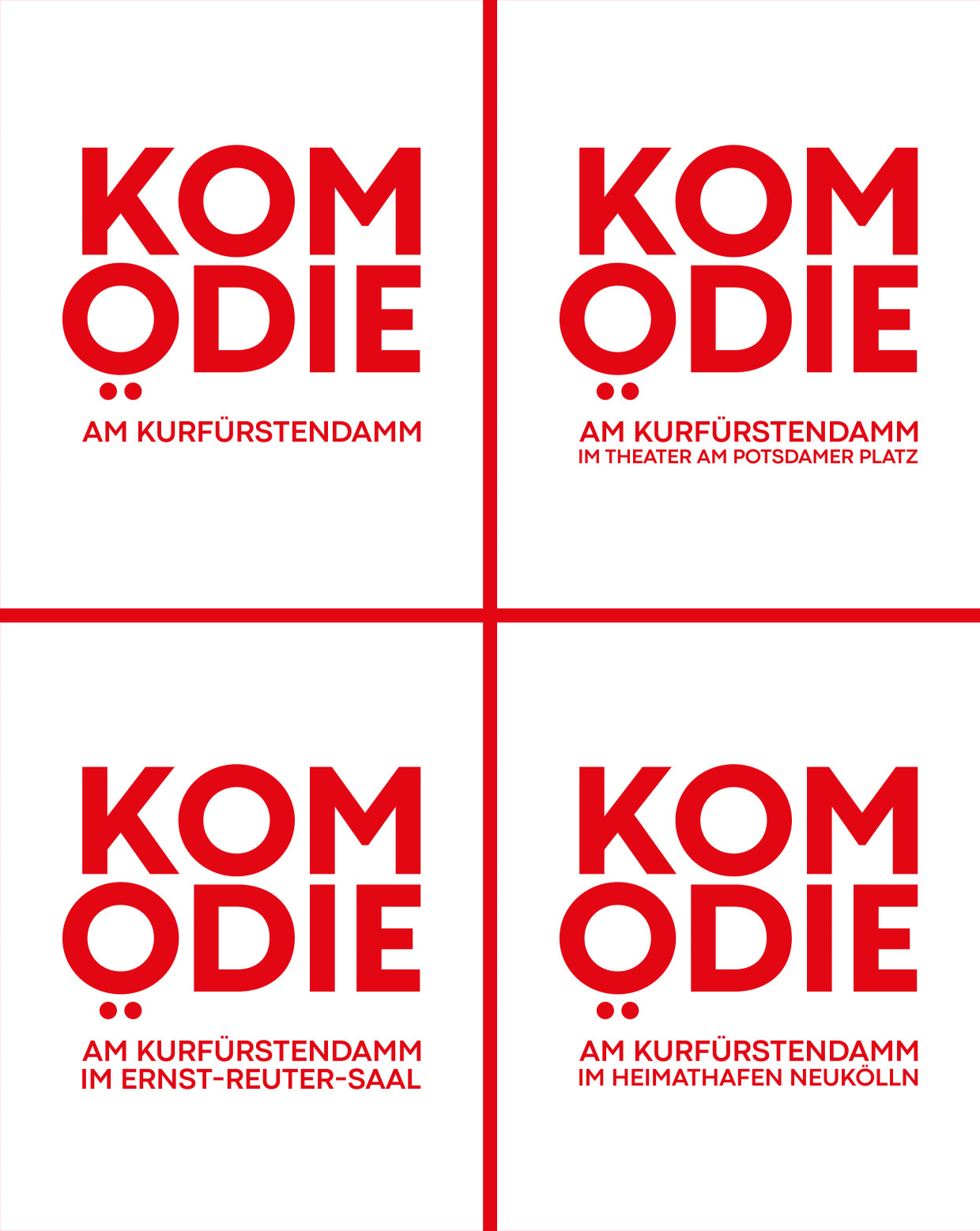 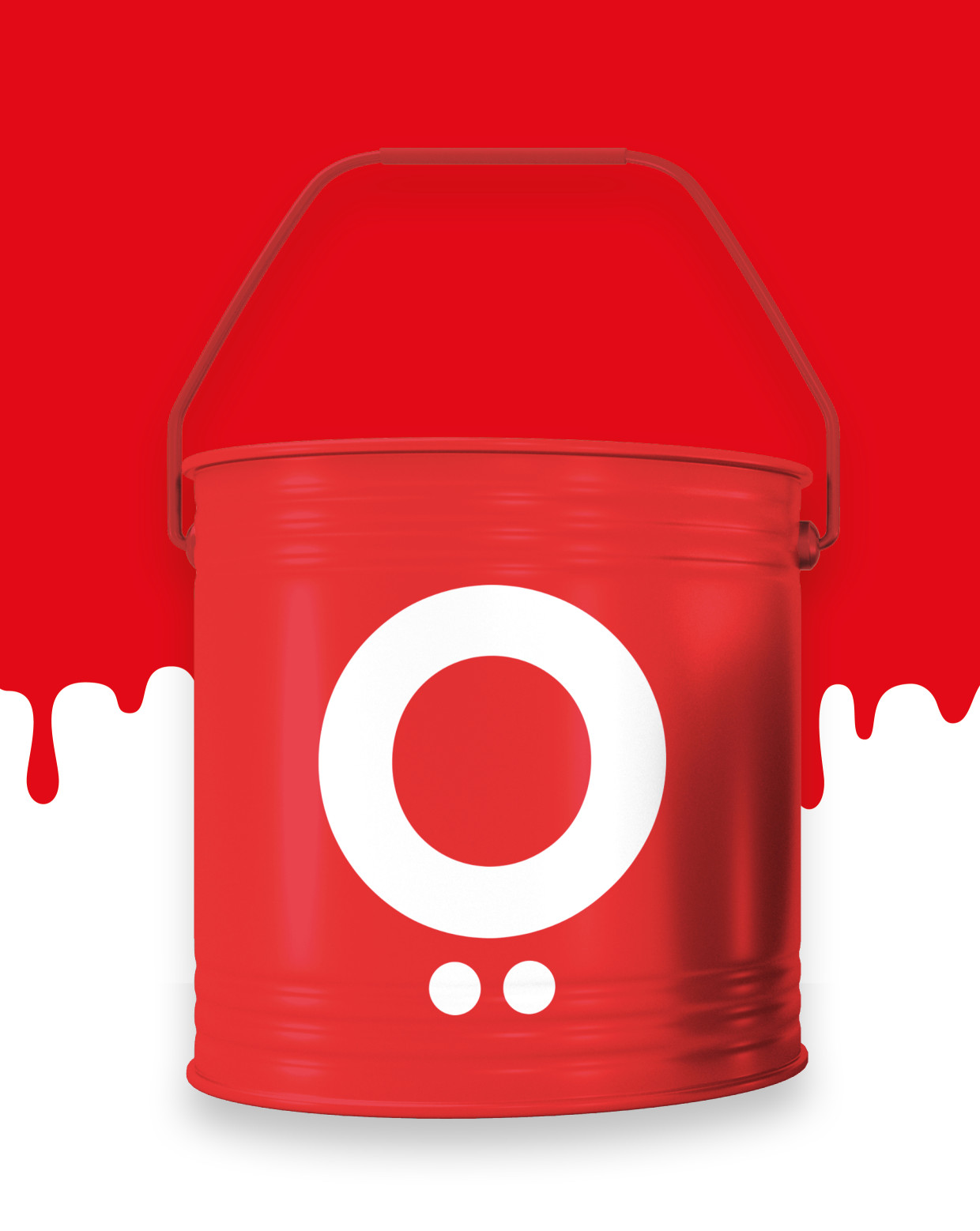 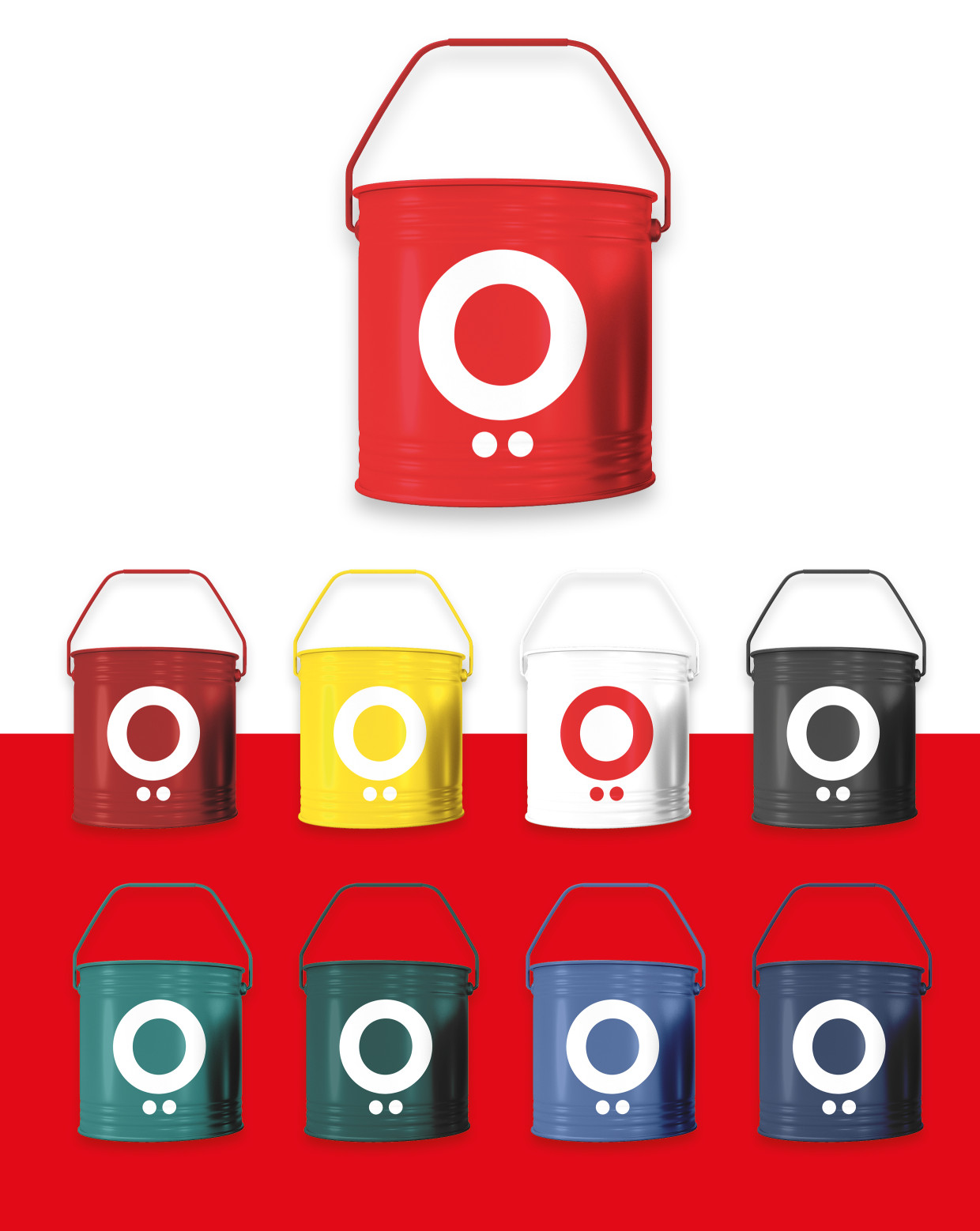 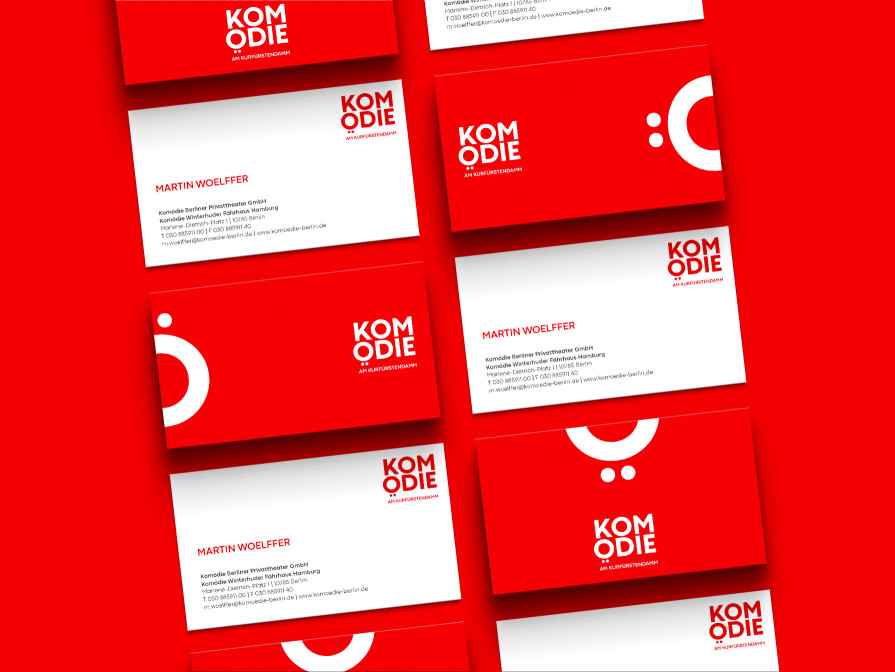 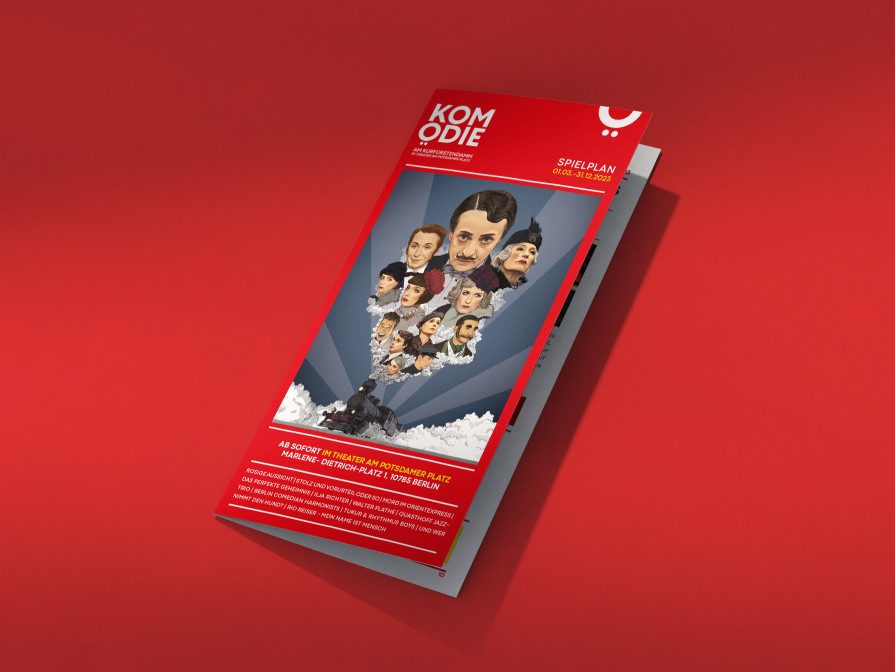 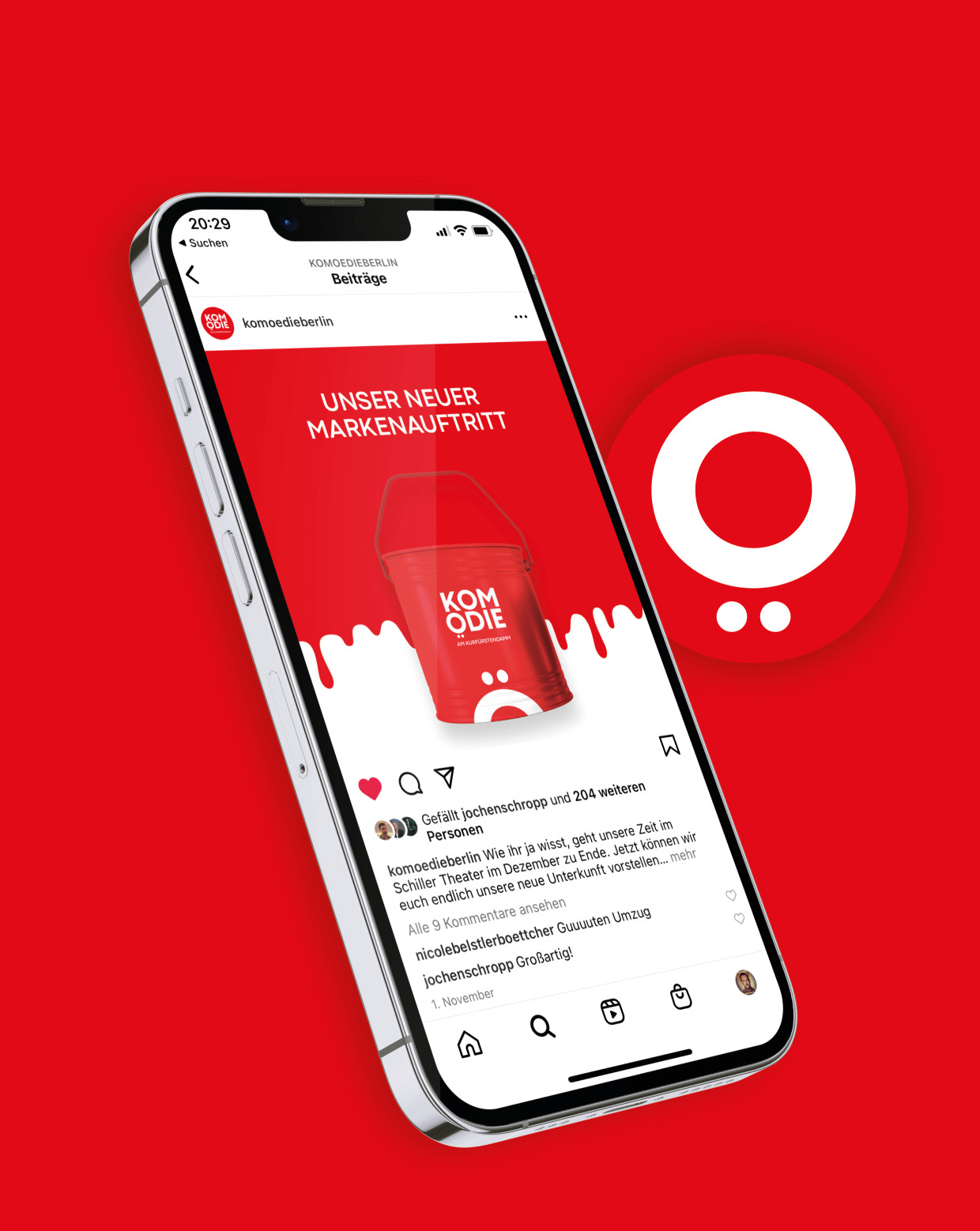 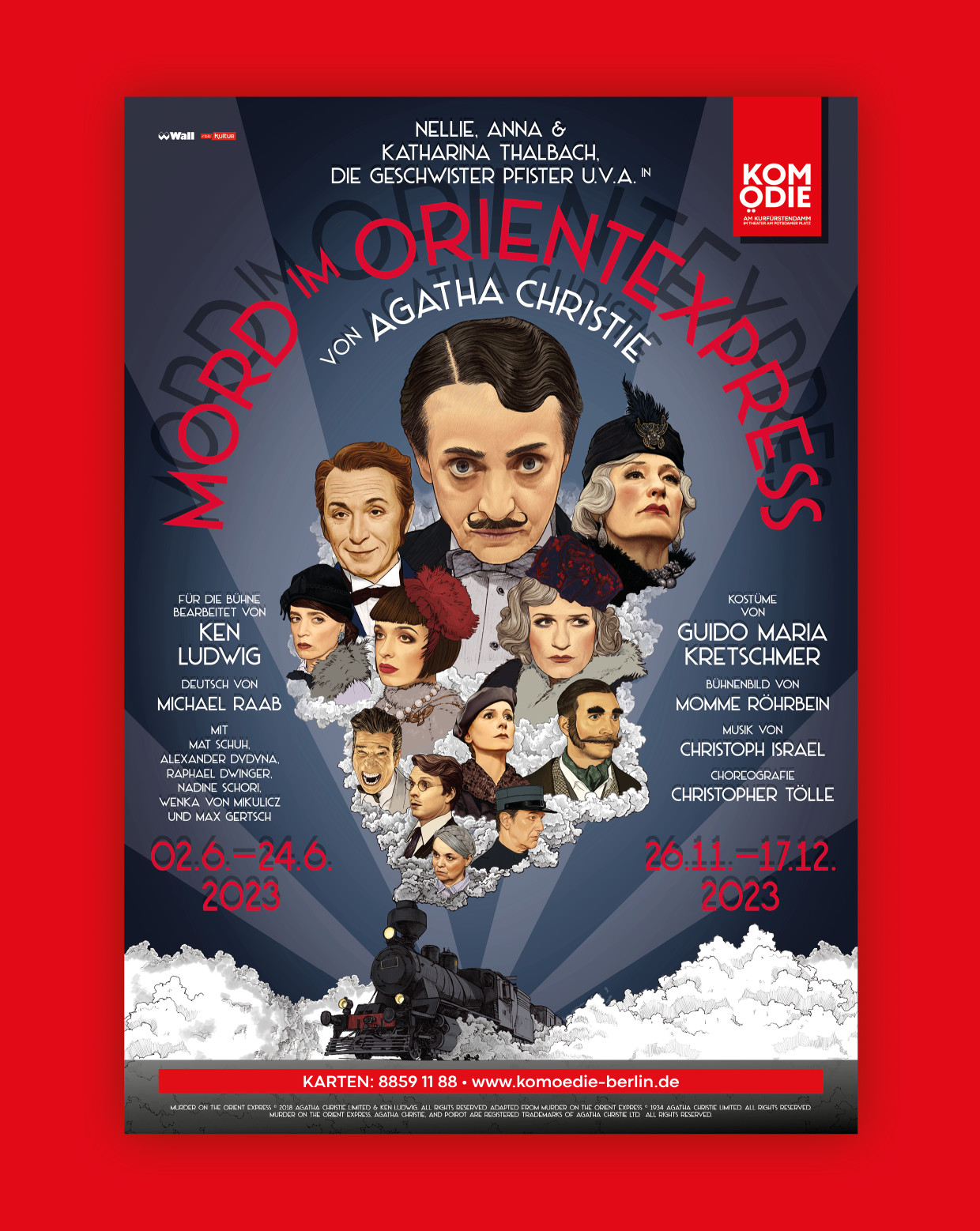 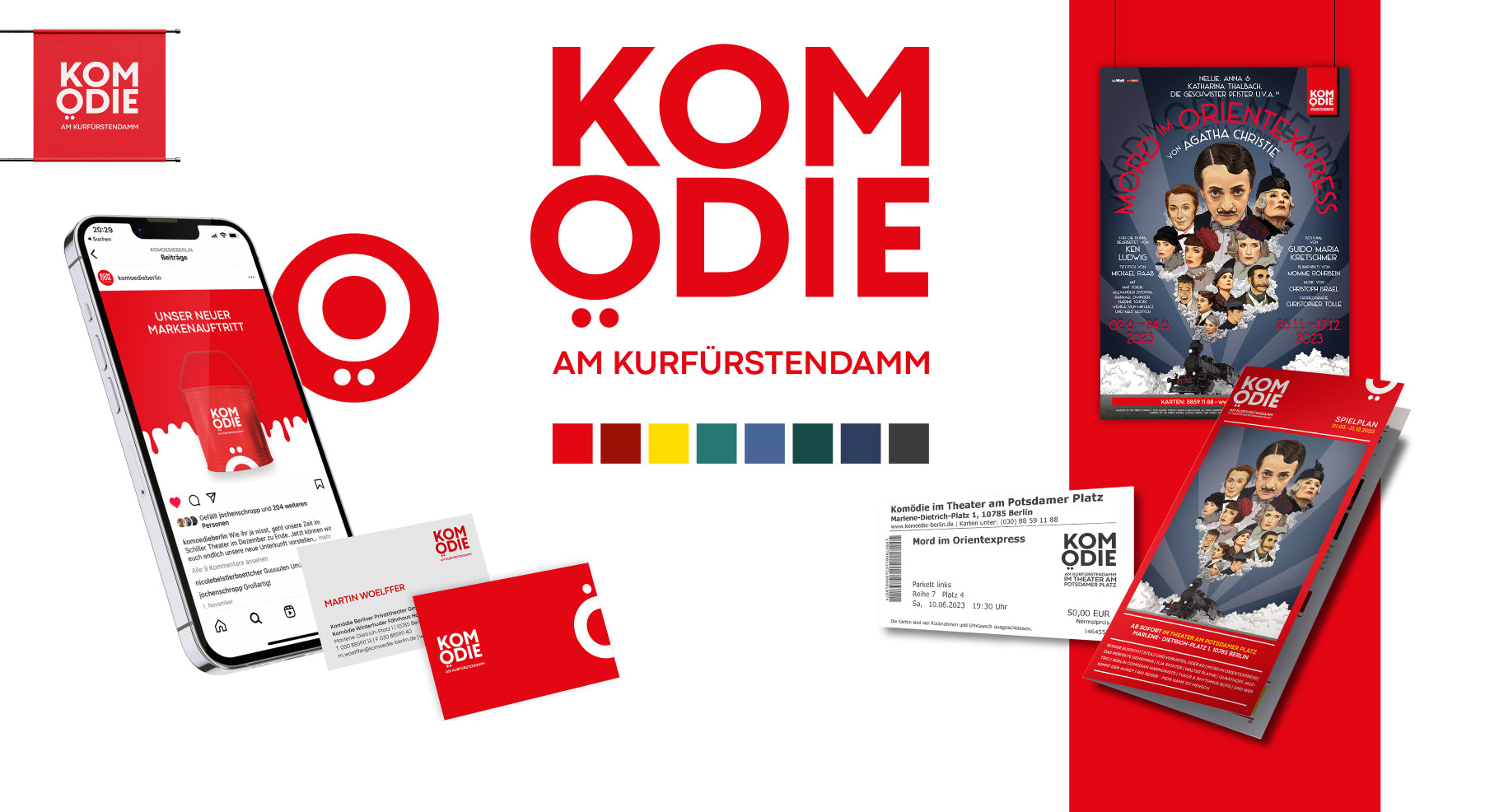